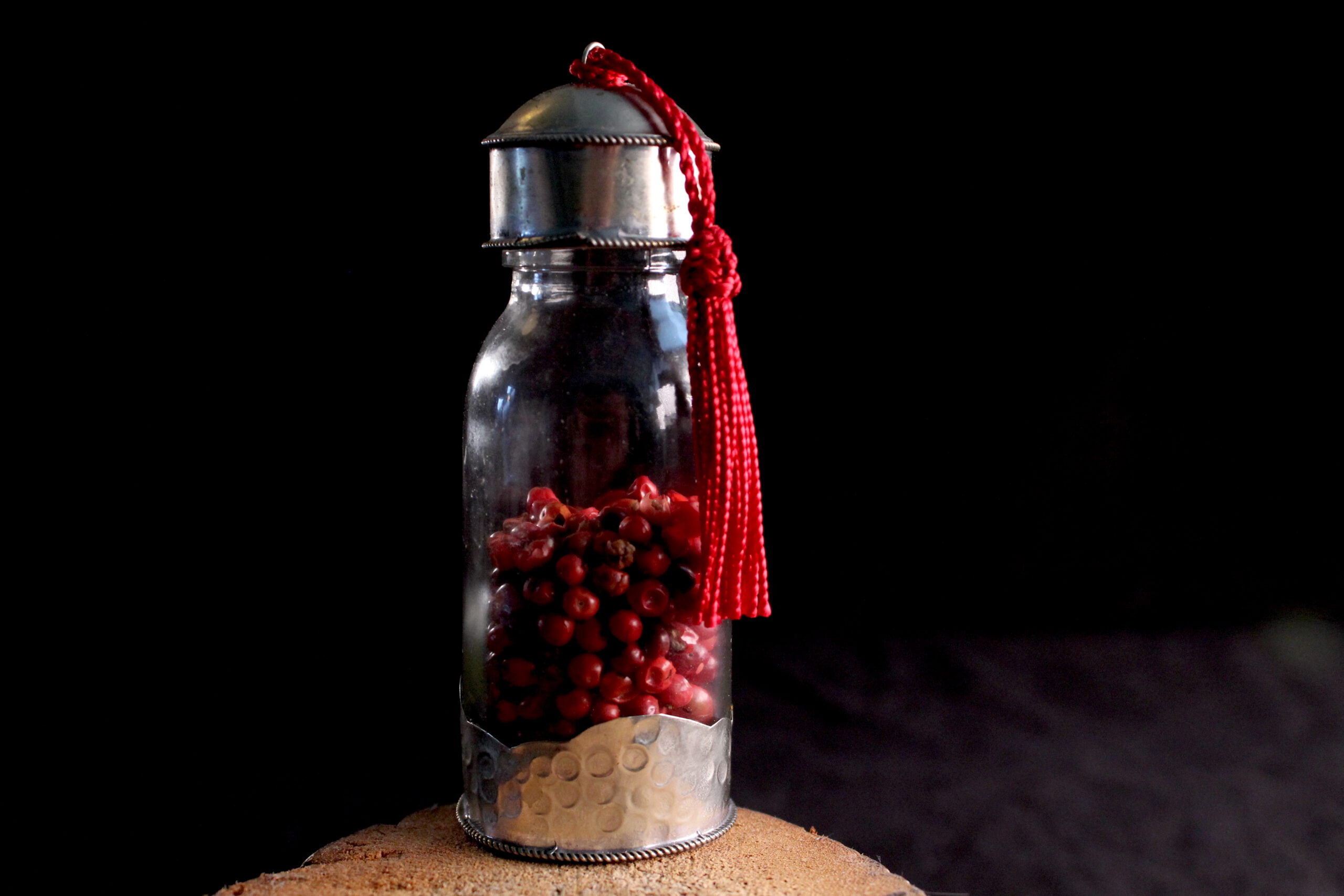 These fantastic little balls are also called ‘pink pepper’, but in fact it has nothing to do with pepper. It does has a hint of pepper in its taste. It is grows primarily in the Caribbean and South-America, but luckily it has found its way also over here.

I love using it in salads and sauces. Don’t use too much of it, because it has a dominant personality trait. Some people say it can be toxic when consumed too much at the time, like with some other herbs and spices. At the same time it is an amazing addition to a dish.