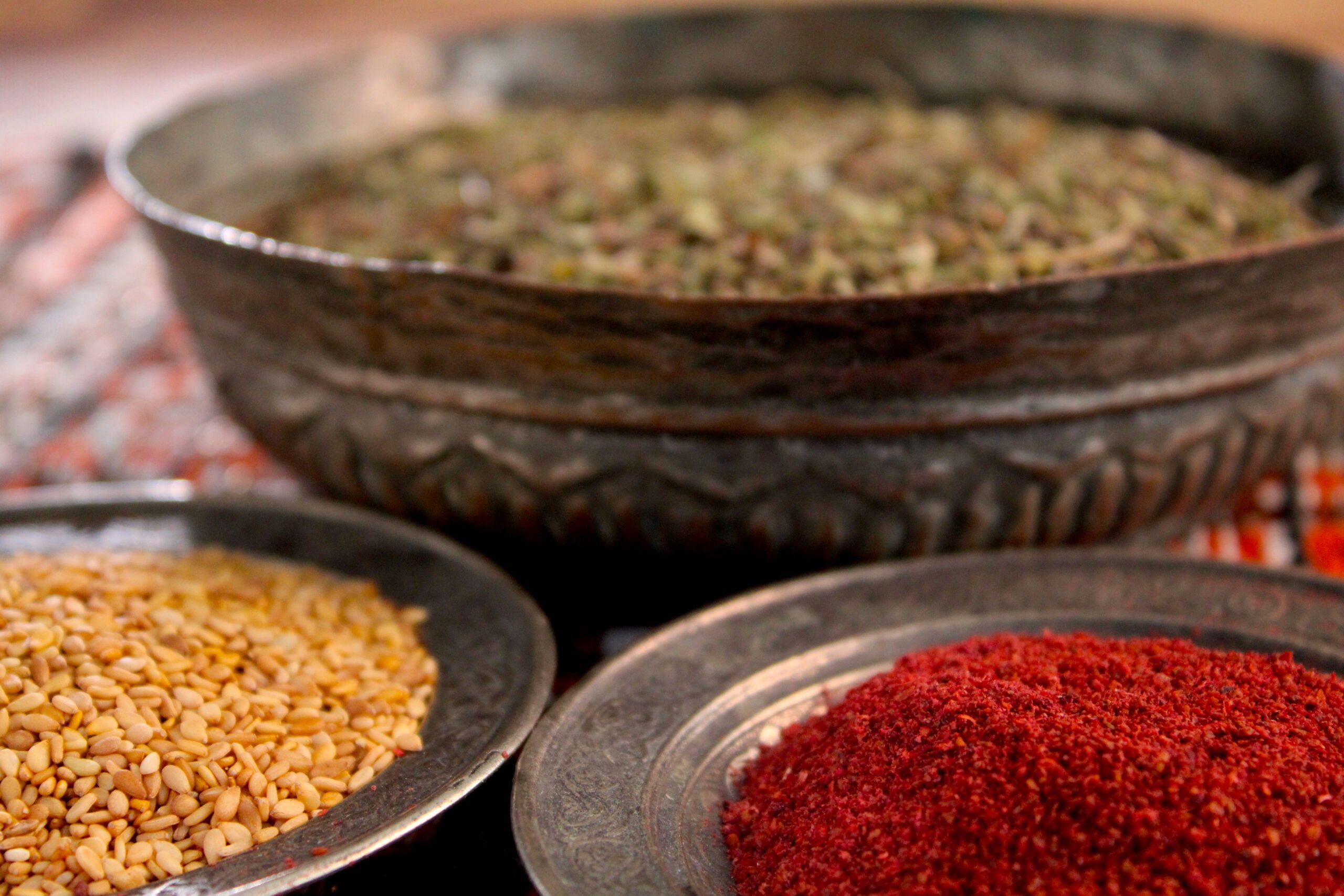 A deep-wine-red spice with an astringing, sour taste, of dried berries from the sumac bush. It is widely used in Middle Eastern herbal blends such as Za’atar but also in dressings and dips sumac comes into its own. Sumak is often added to dishes to make it more acidic, as a nice counterpart in the taste balance. Sumac can replace lemon. Actually, anything a fresh touch can use is suitable for adding sumac. I also regularly use it as a finishing touch on salads that are a bit sweet of their own, for example.